This weekend I had a visit from a friend and after long hours of chatting , sharing updates we were looking for some easy to make crafts to keep ourselves occupied. We came upon some tutorials for beaded dragonfly patterns while we were looking for easy jewelery making instructions and though we have followed the same steps as given in the original tutorial here,   I want to give the step-by-step instructions  as we have made slight modifications to the original tutorial by adding beads to the fly's wings too to add some more bling . 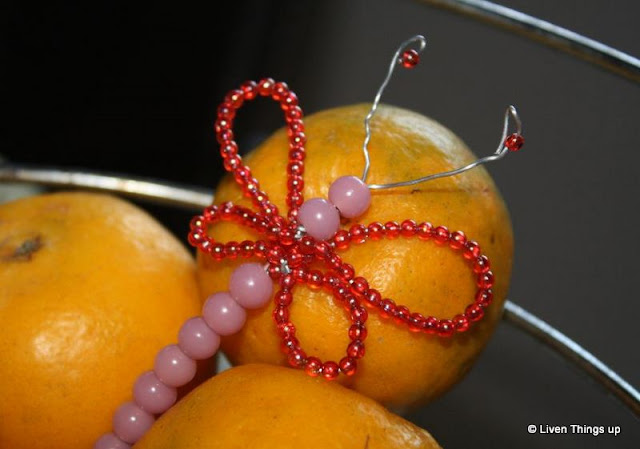 You might not get the correct shape the first time itself, but once you try it out again, its just so easy to make and you can finish it in '15 minutes'. I got it right the second time and see how cute my little dragonfly looks in my fruit bowl and curtain. 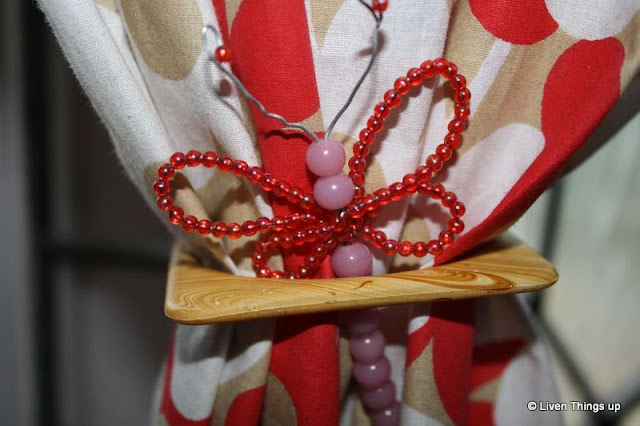 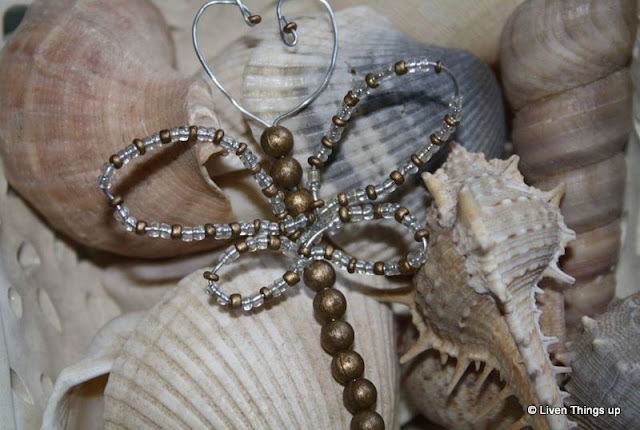 You can also try two different color combination of beads - This gold and transparent bead combination was tried out by my friend and it has turned out lovely... !!!
Materials Needed

Steps for the tutorial are seen underneath each corresponding picture. 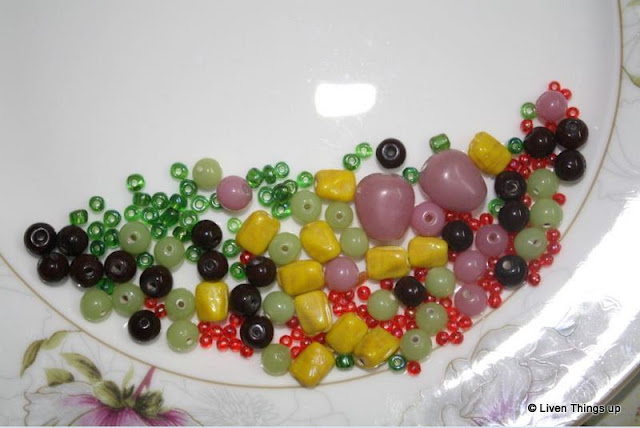 The dragonfly looks better when contrast
color combination is used for the wings and the body. 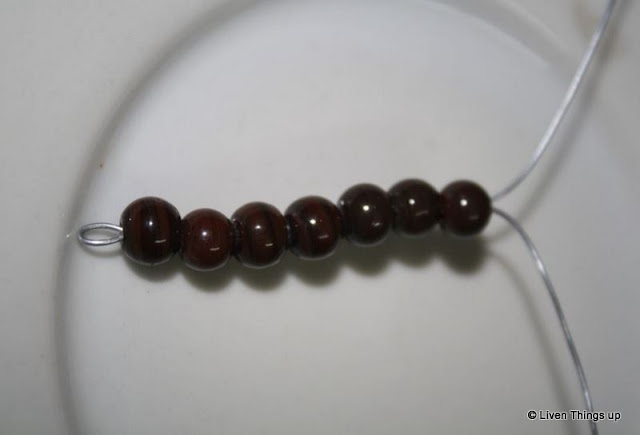 Fold the wire in half. Twist the end to form a loop as
shown in the figure so that the beads don't fall off.
Slide the larger beads (approx 7) over both the wires. 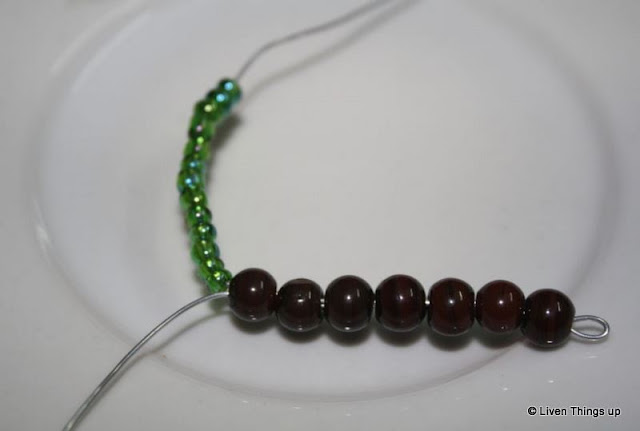 Slide the smaller seed beads over one half of the  wire
as shown above. 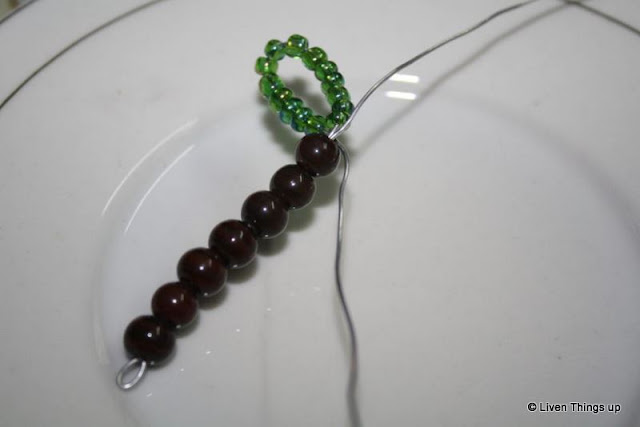 Form a small loop  (This makes the wing)
using the  beaded half as shown above. 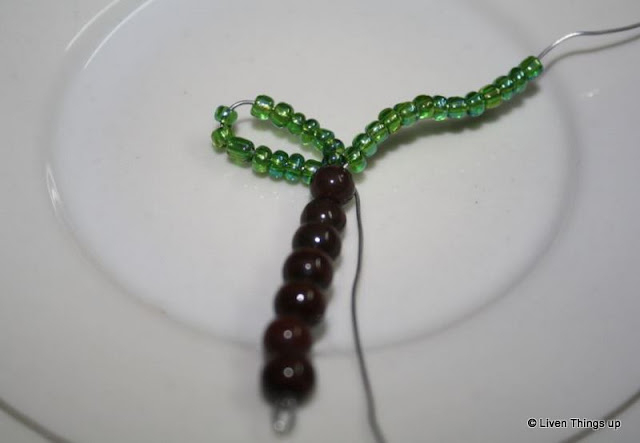 Tuck the looped wing portion behind the straight wire (body)
so that the beads donot fall off.
Now, Slide beads in the other half of the wire as shown above. 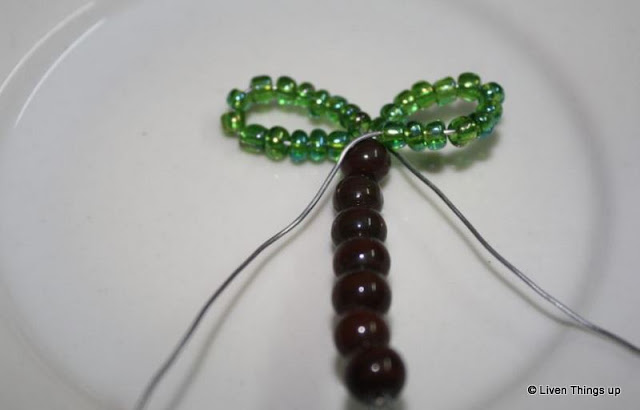 Form a loop on the other half of the same size as done earlier. 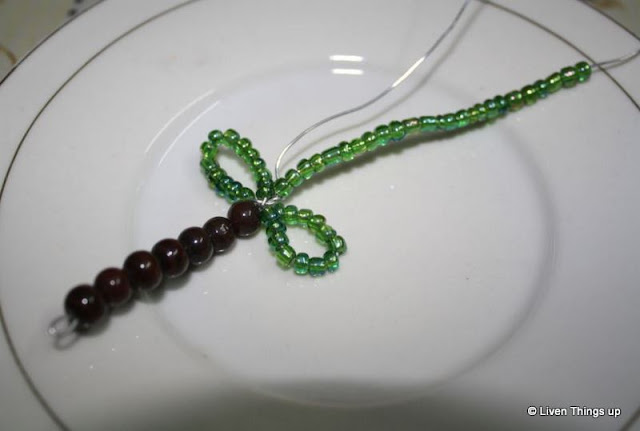 Now bring the left-over wire upwards and slide the beads in
the right half as shown. Slide more beads (almost double)
since this will be used for the larger wings. 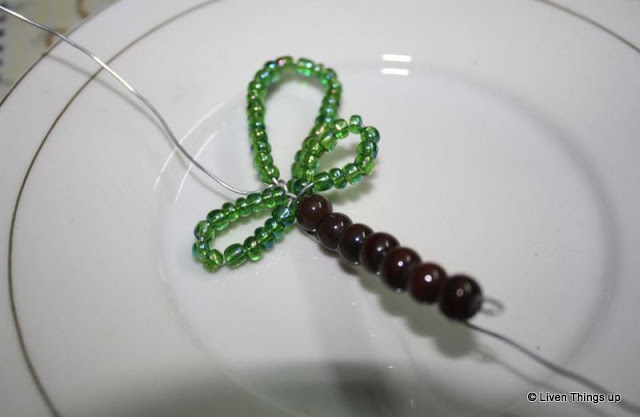 Make a loop on the right hand side slightly bigger
than the first two loops. 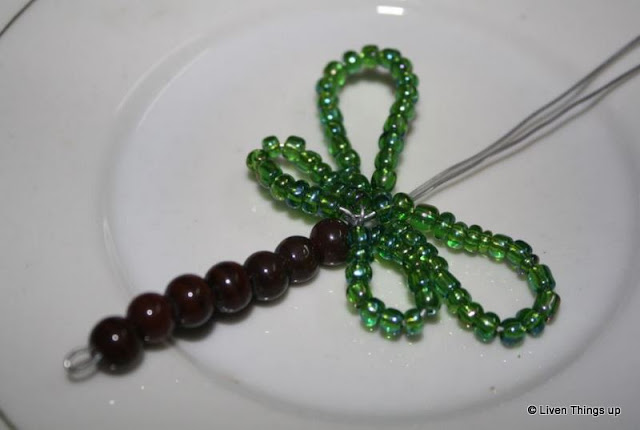 Slide beads in the left hand wire and form another bigger
loop above the smaller one as shown in the figure.
Twist the wires at the back to secure the beads and
bring both the wires up from behind. 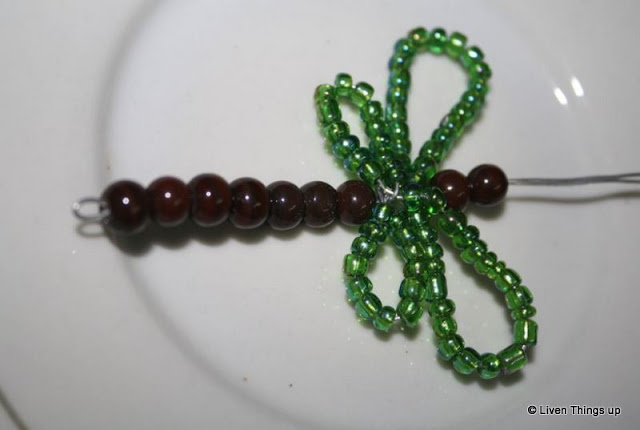 Slide two bigger beads over both the wires to form the head portion. 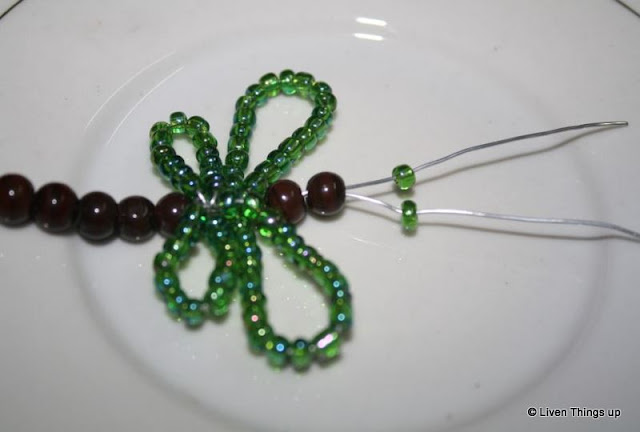 Trim the excess wire and slide one smaller bead on each wire. 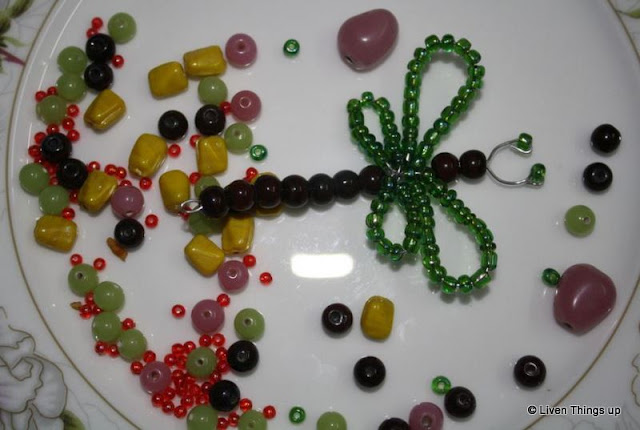 Curl the trimmed end and twist the wire inwards to form the antennae.
I am linking this to the following blog parties :  DIY carnival at the Key Bunch, the  Weekend Wrap Up party at Colors Dekor, CraftOManiac Monday, Mad skills party, Craft Link Party  and the blog party here .
Posted by Emreen at 11:34 AM

Thanks for stopping by to share your suggestions and thoughts with me..!! Hope you enjoyed reading my blog..;-) ;-)

I love to hear from you @

Most of the images used in this blog is my personal photography.To use them, please contact me at liventhingzup@gmail.com and share these images only if you link back to my blog. Images used from other sources are linked back to the original source. 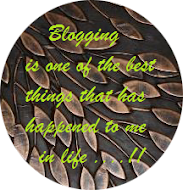